When aboard a ship comes to Croatia, you will be treated with the sight of mighty medieval walls perched on its limestone cliffs, sparkling white sand beaches, and the surrounding azure waters dotted by an assortment of island hills providing a picture-perfect view. These and many other marvelous sights to see make Croatia a very popular cruising site. In fact, its popularity has grown so much that the mayor of Dubrovnik, one of its most famous coastal cities, has said that they have plans of imposing a limit to the number of cruise ships that can dock by their city.

The overcrowding that goes with peak season, along with unexpected bad weather, can put quite a damper on your Croatian cruise. You can minimize those problems and maximize the pleasure if you know when to go on a cruise at the right place at the right time. Are you planning to go on a Croatian cruise this year? If so, take the following information into consideration:

The period between April and October is the best time to go cruising in Croatia because of The Adriatic Sea. It is calmer during those months and the islands are beginning to open for business. The months before April and after October are cooler and the winter winds are beginning to stir the seas, making them potentially dangerous for small cruise ships.

Within those months, June and September are the busiest since those who avail of cruises during these months don’t like the summer heat and prefer not to be pushed around by the crowds that rush in during July and August. There are ships all year round, but these are the Croatian ports’ busiest months, which may mean longer queues.
Pre-Season

If you choose to have a small ship cruise in April and especially over Easter, plan your daily itinerary to witness processions, pilgrimages, festivities, and showering of flowers that would take place all over the coastal towns. It is also the time when the cool waters are starting to warm up, and with all that island hopping, you could give in the craving to take dips here and there.

May and June are the perfect months for swimming for those who can’t take the summer heat, although the wind along the coasts can be a bit unpredictable during these months. Storms may also occur, but if you are open to having a flexible itinerary, then May and June may be best months for you. By taking a small ship cruise during these summer months, you may be able to avoid all the queues for the island ferries and simply hop onto your own vessel!

Most cruises start and end in Dubrovnik. For this reason, if you want to witness a world-class the cultural festival, then consider booking your Cruise for July or August. These months coincide with the Dubrovnik Summer Festival which rivals the Edinburgh International Festival with exceptional arts performances from around the world, with Croatian culture as the spotlight.

If you don’t mind experiencing the highest peak, August is the peak of Mt. Dinara on the Croatian cruise calendar. If you are going to some of the popular spots on the coast, be prepared for a large throng of people wherever you go. Fortunately, you can still make some adjustments to make your trip still enjoyable even if you plan to go during the peak of peaks.

During peak season, it is more convenient to avoid cruises that will be arriving early in the morning, especially if you are planning to go to the cities of Split or Dubrovnik. These early morning arrivals will bring in a deluge of tourists, and you don’t want to be swept by this wave. These same crowds would all usually be back on board around 3 pm. Thus, you may want to time your city visit accordingly so that you won’t have to jostle for space, time, and attention with these hordes of visitors.

The end of September is when the tourist season ends. It is also when several restaurants and bars on the islands begin to close for the winter. However, even outside the best months, there are still coastal flavors and sights that you can try and see. Many island vineyards are beginning to harvest in October, which is also a month for local festivities. October will be the best time to visit vineyard islands like Vis or Krk.

Being friends with the local skippers would help ensure that no matter what month you would go visit Croatia, you will still be able to experience the best of what that coastal country has got to offer. You can ask them where the best taverna (restaurants) are and which ones are open for a time you visit there. They are the gatekeepers of all the Dalmatian archipelago’s secrets, so it would be nice to patronize them so they can share with you their wealth of secrets.

Are you looking for a Croatia island cruise to see everything that Croatia has to offer? Then book with My Croatia Cruise today! We specialize in helping you find the best Adriatic cruise for you. Contact us today! 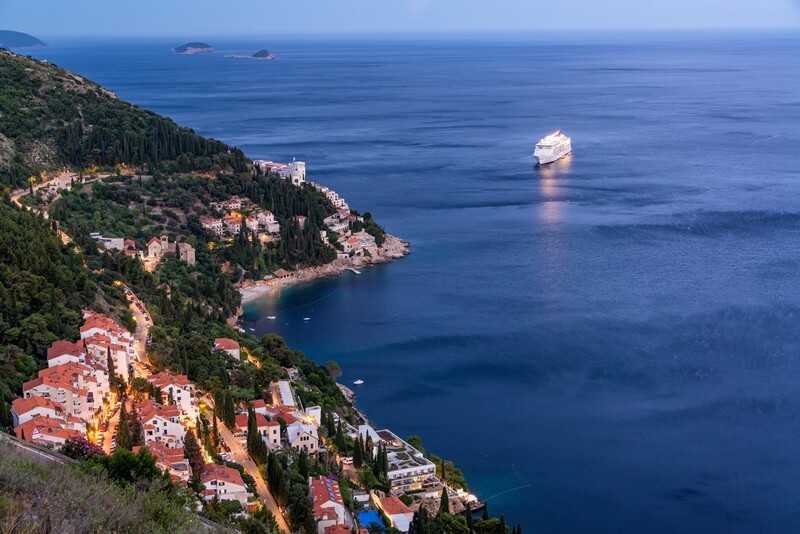