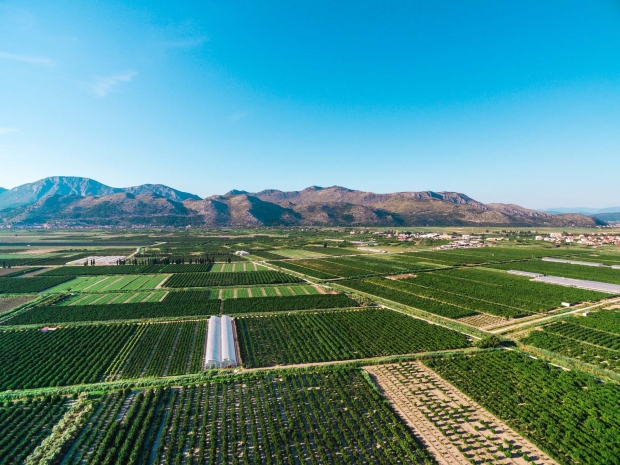 Metković is town situated on the banks of the Neretva River in the Dubrovnik-Neretva County. Today Metkovic is main town in Neretva valley with a strong cultural and sport life. In addition to his traditionally agriculture, recently are discovered tourist potentials of town. In the suburb is situated Vid, a village situated on ruins of ancient city Narona, where can be seen a number of historical monuments. Medugorje popular pilgrim shrine is situated 35 kilometers from Metkovic and a tourist resort Klek on Adriatic 20 kilometers. But what have not been used enough are the Neretva River and its tributary, rivulets and lakes. Need to be mentioned that complete Neretva delta is a natural phenomenon. One of the city's landmarks is Church of St. Elijah, the most dominant feature of the town, situated on the hill. It was built between 1867 and 1874, and is a stone building with a basilica in Romanesque and neo-Gothic style. There is also a lovely view from it of the whole Neretva valley. The town has famous Ornithological Collection, one of the largest in Europe, worth to be visited. In August every year, in town is held a traditional vessel Marathon