As we continued on our Cruise from Split to Dubrovnik we came to the second part of our trip that started on Korčula island.

For the last few years, Korcula has been proclaimed in the top islands in the world by many travel-relevant websites.

It is believed that famous Venetian traveler Marco Polo was born here. This fact alone attracts a lot of visitors, especially history-lovers. They are fascinated by the island's turbulent past, its unique architecture, and lifestyle. The enchanting Old town Korčula is the main focus, often treated as the smaller version of Dubrovnik. However, Korčula town is much more than that.

Due to its strategic geographical position, Korčula has always been an area of big interest for various great powers. That's why the main strive of the locals has always been defense and every detail inside the Old city was designed with an intention to survive under siege. The walled medieval town is small and compact, ribbed with many narrow streets, making it look like a leaf or a fishbone from above.

Besides the rich history that is engraved in every stone of this island, Korčula is famous for its dense pine forests and secret coves. In addition, the island is surrounded by an archipelago of smaller islets perfect for making a swim stop while being on a small ship cruise.

With the help of our enthusiastic guide who showed us around, we have learned so many interesting facts about how life in this fortified town was organized. Our tour was followed up by a lazy relaxing afternoon in one of the local taverns facing the Pelješac peninsula. A glass of local white wine is a must.

Mljet was hands down one of our favorites! We were looking forward to experiencing some great nature and doing active things. As we arrived at Pomena earlier than the other cruisers sailing this route we had this lovely green island to ourselves until lunchtime!

We went on a visit to The Mljet National Park. National Park is a wide area of western part of the island covered in dense pine forest and where two picturesque lakes are located. Both of the lakes are encircled by foot and cycle paths, which makes Mljet perfect for active travelers. Just rent a bike and enjoy biking along the lakes! The lakes are surrounded by lush Mediterranean vegetation which creates a lot of natural shade. And when it becomes too hot take a dip into the amazing waters.

The trademark of the whole national park is St. Mary's island - located on Big lake, where the Benedictines established a monastery in the twelfth century. Boat ride to St. Mary's is included in the price of the ticket to the National park. 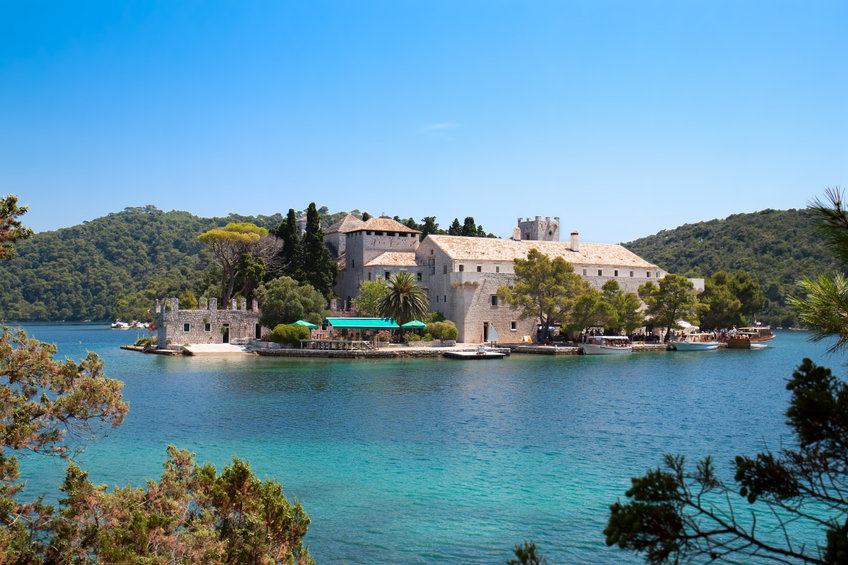 It was time to leave Mljet and head towards the cozy fisherman village of Slano, situated on the mainland some 30 km to the north of Dubrovnik. Swim stop near Olipa island was incredible – the green colorful lagoon with crystal clear sea and great sandy beach. The best swim stop so far!

Slano, Dubrovnik's former rural hinterland, used to supply the city with the most important victuals: fruit, vegetables, olive oil. Nowadays it is a lovely small resort perfect for tourists who prefer to stay away from the hustle and bustle of the busy Dubrovnik. In Slano we had a special evening as that night was so called - Captain's dinner. The whole cruise, food served onboard was amazing. However, on Captain’s dinner the chef and the crew went above all of our expectations. They served us fantastic food, put the music on and generally did a great job entertaining our small traveling company.

Moving on towards Dubrovnik, we explored the Elafiti archipelago. Archipelago consists of 13 islands that became a part of the Dubrovnik Republic in the fourteenth century, sharing its prosperity and later its decline. Just 3 of the islands are populated: Kolocep, Sipan and Lopud – all 3 are linked to Dubrovnik by a ferry. The island of Lopud is by far the best if you prefer sandy beaches, but Šipan is incredible when it comes to natural beauty. Once a small fishing village, nowadays a charming holiday destination Šipanska Luka boasts some great stone houses, lush vegetation and a lovely beach called Priježba.

Before docking in the harbor of Dubrovnik, our captain surprised us with a mini cruise towards the Old Town, providing us plenty of stunning views of the city walls and taking us right towards the historical core.

Dubrovnik - Beautiful Finale of Our Journey

Docking in one of the most famous cities in Croatia was a great way to end our journey! The very epicentre of the historic area is for sure the notorious Old town. Together we discovered the elegance of the old Baroque facades and small squares, learned a lot about the great history of this former city-state, and took a lot of pictures. The Game of Thrones lovers were happy too as they were able to recognize some filming locations.

We took the cable car to mount Srđ on our own and were fascinated by the breathtaking views of the city. The area of the Old town has countless choices for restaurants, poshy bars and charming cafes. Keep in mind that Dubrovnik is very busy almost the whole year round, so getting into restaurants in the evening can be a challenge. Make sure to book your table in advance, the tour manager will be happy to assist you.

The next morning we said goodbye to all of our new friends and were transferred to our accommodation in Dubrovnik. I should also mention that making new friends was my favourite part! We had a very nice group, so lovely and friendly people from all over the world. I really hope to have an opportunity to explore Croatia on the mini-cruiser once again, next time probably trying out the northern part of the coast and visiting such gems as Zadar, Šibenik, Krka, Kornati and Opatija. 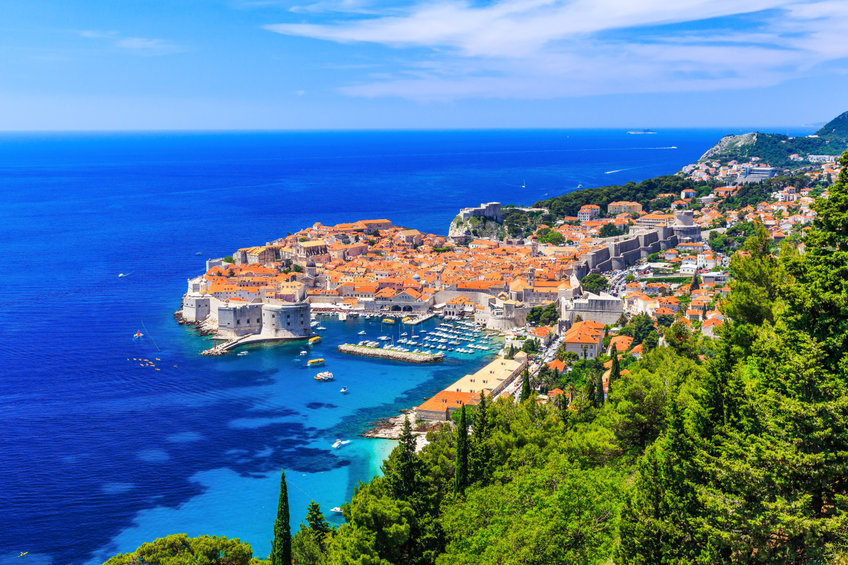